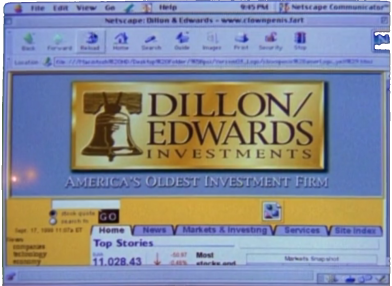 Early movers stand to lose if late movers learn from their mistakes and enter with better product offerings or better strategies. Classic early movers who lost include Osborne Computer Company  (subsequently overtaken by Compaq) or EMI’s exit from the CT Scanner business. Myspace and AoL might also be counted among early entrants that ultimately fizzled.

That said, early movers can can gain key assets that make it hard for rivals to enter and compete. You may have noticed that “JebBush.com” takes one to Donald Trump’s home page and there are numerous other political misdirections along these lines for other candidates. Similarly, Tesla Motors has only just gained ownership of the Tesla.com domain (probably at a handsome price). In this way, there can be a race to secure resources and capabilities to take advantage of an opportunity and others are in competition for those resources even if the resources are firm specific (as candidate domains tend to be). From a scholarly standpoint, such resources can be approached from a variety of perspectives including strategic factor market theory, Coasean bargaining, or first mover advantages. Of course, there is a humorous side to all of this. SNL has captured this nicely in their spoof commercial for Dillon Edwards Investments (note that this may be a bit “saucy” for many classrooms but we’re all adults here).