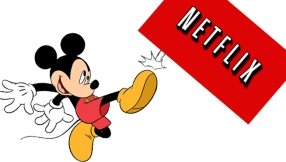 As Netflix’s strategy unfolds it becomes clearer the extent to which it threatens traditional media companies. Initially, Netflix was a welcome partner who paid for access to older entertainment assets – new income streams for studios. More recently they have developed new content and lure top talent away from traditional media companies. Now, by offering a compelling portfolio of options, they compete more directly against traditional media companies. AT&T, Comcast, Fox, and Disney have taken notice of Netflix’s increasingly vertically integrated business model that bypasses traditional distributors (cable, DSL, satellite) and doesn’t rely on advertising revenue. The new model is driving mega mergers & bidding wars as rivals try to build compelling portfolios to offer streaming services. This is a great live case to frame many strategic management course topics including:

I have assembled some useful materials to frame a discussion of this case. First, the case can be taught using a series of recent news articles (sample article pack). In addition, I have prepared a spreadsheet to explore scenarios for how various events might affect the value of Netflix. For instance, what would happen to its business model if the market started to value the company  as a traditional media company as opposed to a tech firm? Similarly, what will happen if rivals’ M&A strategies succeed and pose a critical challenge? Finally, here is a link to a sample pre-class survey to help students think about the strategic issues before class.